The Leaders in Blockchain Development for the Manufacturing Industry

SyncFab is the industry pioneer building blockchain technology for digital transformation of the space, aerospace & defense, automotive and medical manufacturing industries since 2017.

Early generations of blockchain did not support industrial applications effectively, owing to limited developer understanding of elaborate manufacturing engineer workflows and complex industry standards. SyncFab has architected blockchain applications specific to the needs of manufacturing (Manufacturing Blockchain) borrowing from the core feature functionality at its core combined with the superior cybersecurity of protocols at scale. SyncFab is currently developing its own protocol specific to the same industry workflows for later release once industry adoption is further progressed to ensure the same level of continued bullet proof cybersecurity. SyncFab’s future protocol optimizes network scalability, interoperability and processing speed to match industry workflow.

The recent launch of blockchain as a service (BaaS) is also helping to smooth the path toward implementation of blockchain in the factory. Traditional blockchains are self-managed, meaning that a company must customize the database’s capabilities (for example, how it manages cryptographic keys) and organize the hosting of the nodes either locally or in the cloud. BaaS offers the same features as a self-managed blockchain (such as security for critical data) and adds tools that facilitate management and deployment at scale. For many manufacturers, especially those with resource-constrained technology teams, using BaaS will be easier than implementing a self-managed blockchain. 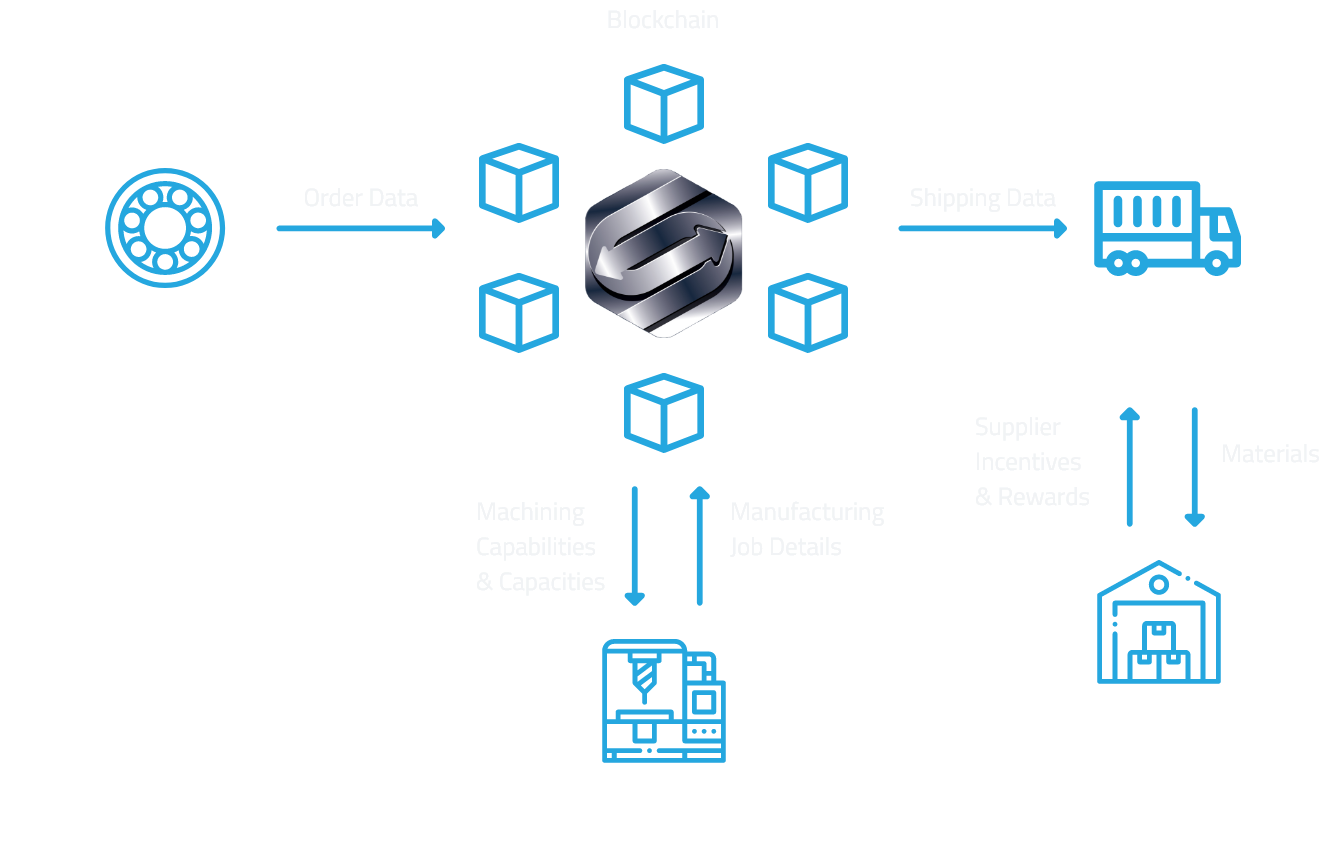 Upstream supply chain refers to everything that comes into your company from suppliers – such as raw materials, components and precision parts – used by your company to produce something. It also defines the relationship and information flow between your company, your suppliers, and your suppliers’ suppliers.

After market warranty and maintenance

After market warranty and maintenance

Upstream Supply Chain refers to the production value chain of raw material and component suppliers that support prime manufacturer production lines. Downstream Supply Chain refers to the selling segment of the finished product when it leaves the manufacturer for sales distribution, after-sales maintenance servicing and recycling.

Downstream refers to everything that goes out of your company after the production cycle. Usually goods ready to sell. It also defines the processes required in order for your produced goods to reach the customers in an efficient manner (time, cost etc.)

Automate the validation and onboarding of supplier credentials to eliminate time-consuming manual processes and reduce the risk of fraud and error. Use SyncFab to improve management of suppliers based on regulations and compliance requirements in a way which eliminates redundancies driving efficiencies for buyers and suppliers for frictionless connectivity across supply chains. Traditional methods of managing suppliers often involve cumbersome manual processes, which make it difficult to verify identities and track documents like ISO certifications, bank account information, tax certifications, and certificates of insurance throughout the lifecycle of a supplier. Use SyncFab to connect existing procurement networks by relaying necessary supplier data required for exchanging purchase orders and invoices, without the need for suppliers to enter it in multiple different networks. A buyer on the network can request information access to a supplier. Once a supplier approves the request and provides permission, the buyer can access the supplier’s data, validate it against data provided by third party verifiers directly onto the suppliers’ network profiles and then onboard them.

Speed up your global supply chain using the MFG Token® for Smart Payments and Incentive Rewards. MFG Tokens® can be used to create custom rewards and compensate manufacturers for time and accuracy put into competitive tender bids. The MFG Token® can both streamline your supply chain and offer greater security and accessibility for your growing business and its diverse stakeholders. Smart Contracts can automate payments based on custom triggers, like goods arriving or passing inspection. Each party can trust the payment verification mechanism, as they can trust blockchain – the underlying technology that records each transaction. Build incentives for collaboration and speed into your manufacturing supply chain with the MFG Token® supported by SyncFab.

Order validation and approval, invoice processing, multi-way matching and the entire request-to-receipt process could be radically enhanced through the application of blockchain in procurement. Any change at any part of the process will automatically create an exception reducing the total time to completion and permitting much greater automation of transactions.

International quality standards for manufacturing continue to increase and many industrial companies are requiring that their suppliers use PPAP, which stands for production part approval process. Created and utilized first by the automotive industry, PPAP is a risk identification and mitigation process used to provide evident to the customer that there is a reliable and repeatable process. PPAP helps to ensure better communication between a customer and supplier in hopes that there will be fewer turnbacks and revisions to the product or process.

Current procurement in the supply chain process presents multiple inefficiencies related to security in transactions, tedious exchanges of information, duplication of activities in verification, delays in payments and lack of knowledge about the real provenance and conditions of the products. Blockchain DLT is increasingly the most efficient mode of procurement activity recordkeeping processes, including the way transactions are initiated, processed, authorized, recorded and reported. 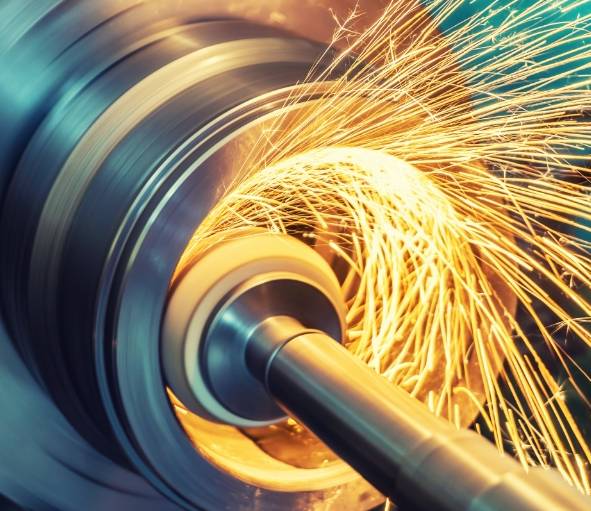